Influenza and taking time off sick from work in Japan At the time of writing, this foreigner living and working in Japan has been diagnosed with influenza -- A type. (Quite how that differs from B and C, the other types of influenza currently in common circulation in Japan, I don’t know). I do know, though, that I’m one of at least 47,000 people in Japan to have been diagnosed with some form of influenza this week alone, according to data compiled by the National Institute of Infectious Diseases. That’s a paltry amount though, when we consider that during a week in January earlier this year over 2 million people across Japan underwent medical consultations for influenza.

Back to now though. Does this mean that I am but one of thousands of workers in Japan to have called in sick this week on accounts of having influenza? Almost certainly.

A word or two on Tamiflu

Risks of going into work with the flu

How to call in sick with the flu in Japan

Japan is a country that maintains a state of high alert when it comes to influenza, particularly when peak influenza season rolls around, typically from December to March. Perhaps the greatest testament to this state of alert is that getting diagnosed could well be the best way for the worker in Japan to get some guilt-free time off from the office life. It’s the doctor’s orders. And the employer’s orders. Stay away from work, no questions asked. For five days.

Not that dealing with influenza is any fun and, in Japan at least, the misery of the condition isn’t enough to prevent from being pestered by some colleagues about even the most inane of tasks that can wait for another day to be completed but they simply must tell you about now.

As much as employers in Japan try to be diligent about not letting influenza temporarily down their workforce, they might also be diligent about requiring proof from employees who take time off sick due to having caught the flu -- mere mention of the word might send colleagues reaching for their surgical masks but your word alone might not be enough for management. (You may notice the comparative lack of the use of the term “flu” in this article, which can be put down to the fact that, as much as Japan loves an abbreviation, “flu” seems to have gone missing.)

Tables indicate patient name, the date of the influenza check, and the type of influenza diagnosed.

(I sent an image of this “proof of influenza” to colleagues at the time I messaged them about taking time off work.)

It takes a matter of minutes for Japan’s medical professionals to make an influenza diagnosis (probably being well versed in it) -- they stick a kind of swab deep into one of your nostrils and get the results from whatever comes out stuck to it. It takes around five minutes for the results to come through. If you test positive, the doctors will send you packing with a prescription for something like Tamiflu and orders to not leave the house for five days.

A word or two on Tamiflu

While this isn’t the point of the article it would seem remiss not to draw the reader’s attention to concerns in Japan surrounding the use of the influenza drug Tamiflu (タミフル).

In 2007 two people in Japan fell to their deaths after taking Tamiflu prompting Japan’s Health Ministry to issue a warning that influenza patients could show psychiatric problems, although the ministry stopped short of saying the drug was responsible for the deaths.

Concerns regarding the side effects of Tamiflu among influenza patients in Japan came to light even earlier in 2005 following the deaths of 12 children, and reports of 32 others who experienced abnormal behavior after taking the drug, according to reports. These included the death of a 17-year-old boy who is reported to have walked onto a highway shortly after taking Tamiflu and was hit and killed by a truck.

Earlier in December this year, local media in Japan reported that a junior high school boy in the city of Hiroshima who fell or jumped to his death from the balcony of his family apartment was undergoing treatment for influenza at the time of his death. Tamiflu wasn’t mentioned in the report.

Now, this influenza patient is long past their teenage years and has thus far not displayed any psychiatric problems after a few days of taking Tamiflu. The first couple of doses though, did cause me to throw up and since taking I have found sleep hard to come by on accounts of a fidgety set of legs that refuse to find a comfortable position in my sick bed.

Risks of going into work with the flu

The obvious medical dangers of influenza, and the worrying reports of behaviour possibly stemming from the use of Tamiflu, are supplemented by other risks facing workers in Japan suffering the influenza virus.

On a day in January 2019 a 37-year-old woman on her way to work fell onto the tracks at a train station in Tokyo and was struck and killed by an oncoming train. Tests detected the presence of influenza virus in the woman leading to speculation that her fall may have been the result of ill health.

The incident prompted health experts in Japan to remind those suffering from the flu virus to refrain from going out as much as possible and to get a good rest.

It also highlights one of the great internal battles that the worker in Japan inevitably wages on a handful of occasions each year -- the clash between commonsense and that nagging desire to make it into work at seemingly any cost.

The foreigner living and working in Japan can often see this play out in its full and frenzied mayhem on those days when typhoons and earthquakes render trains delayed or services halted altogether for hours. Instead of doing what would appear to be the sensible thing and waiting it out in the comfort of their home, the Japanese worker races to be first in line for the next running train, enduring hours squashed into Biblical queues that can be seen pouring out of train station exits. Not for the claustrophobic!

There are perhaps examples of the same battle, quieter and more ominous this time, playing out amidst Japan’s commuters as the sufferer of the flu virus attempts to get themselves into the office.

How to call in sick with the flu in Japan

At this expat’s place of work in Japan you don’t call in sick, you email it in.

The company has set up a special email address for such occasions. It’s called “kintai” (勤怠) which translates to “attendance.” Every morning of the working week we all get to see the groveling messages of our colleagues confirming delayed trains, sick kids, sick partners who would normally take the kids to school, and the sickness of our colleagues themselves.

So we open with that banal “Otsukaresama desu,” which means everything and nothing in Japan -- and for the case of this article let’s just say it’s the opening to almost every formal business greeting in Japan.

Over the weekend, my condition became bad and after going to the hospital I was diagnosed with influenza.

I’m ever so sorry but, if you’ll permit, I will rest until my condition gets better.

Apologies for the inconvenience.

And if the foreigner working in Japan has the confidence, they could also deliver this message over the phone if that’s the way it’s done at their place of work.

As we mentioned earlier in the article, Japan maintains a fairly no-nonsense policy regarding influenza and staying away from work. Five days at least, but essentially as long as it takes to prevent the virus spreading throughout the office. (And it’s not just five days staying away from work, it’s five days of not going outside as far as the doctors are concerned.)

I’m yet to have heard of any employer in Japan having a problem with their workers taking time off work on accounts of influenza. Quite how strict individual employers are about insisting upon the “five day” rule though, I can’t be sure.

This expat living and working in Japan has long remained cynical about the effectiveness of Japan’s culture of wearing surgical masks. In truth though, I probably use this cynicism to mask (no pun intended) insecurities about how I look in them.

After settling into my state of influenza one of the first things the Japanese partner said to me was something along the lines of, “this is what happens when you don’t wear a surgical mask.”

Maybe they have a point. Or maybe it was just my bad luck. Maybe no surgical mask is strong enough against the onslaught of coughing, sneezing, sniffing, farting, scratching bodies that is my commute to work in Tokyo each morning and evening.

I do don a surgical mask from time to time though. I use it loosely at work, more as show of effort and assimilation than anything else. And an appeal to colleagues that I’m feeling under the weather so, well, “back off!”

I’ve never felt the pressure to wear a surgical mask in Japan though, except during my days as an assistant language teacher when flu was sweeping through the classrooms. On those occasions I was ordered to wear one. It didn’t make me feel any less self conscious about it!

I think when I return to work after these five days have passed, I’ll have a surgical mask to hand, just as show of willing.

Japan Jobs is all about providing information, ideas, and insights to help people with working life, employment and careers in Japan. If you think this article would be useful or helpful for others, please give it a share. 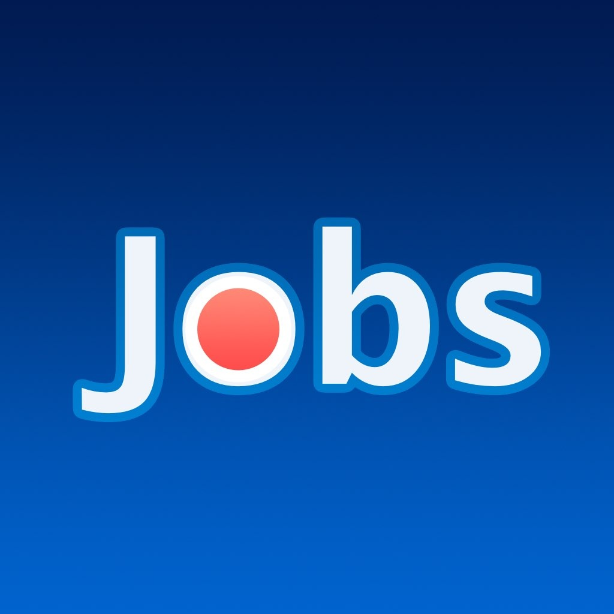 Preparation tips, insights, real experiences, resources and practical information for people interested in pursuing employment and a career in Japan.